Why is cloud technology expected to be the lifeblood of future societies?

Cloud is one of the major widely used technologies. Everything that we perform online, has Cloud behind it. Every device that takes the affix ‘smart’, also uses cloud computing technologies. Even today, almost everything is connected to every other thing even if we don’t realize it.

It is a common observation that small and medium businesses are reluctant to migrate their workload to cloud out of worrying about business continuity. However, big names in the industry such as Netflix, Adobe Systems, Airbnb, etc. have already adopted the cloud.

For CIOs around the world, it is no longer a choice whether or not they should adopt cloud. They know they must adopt it.

Question is how quickly can they adopt one.

A brief history of Cloud Computing

To understand the future of Cloud Computing, it is essential to know its history and how it has evolved over the years to reach the stage where it is today.

If we trace back the routes of cloud computing, we will reach ‘Client-Server Architecture’. In this architecture, the client uses the data and programs that reside on the remote machine. Also, a client program can consume the data generated by the Server program on the same machine.

In the stack with ‘Client-Server Architecture’ in the bottom, ‘Distributed Systems’ laid above it.

In distributed systems, all the systems are connected in a web together in order to generate a combined resource pool.

At the top of the stack came cloud Computing.

Around the year 1961, John McCarthy first proposed the idea of selling computing like a utility, calling it ‘utility computing’.

Almost 40 years later, in 1999, the first big player in the industry, Salesforce.com started delivering the services over the internet through a simple website.

Over time, tech giants such as Oracle, HP, IBM, and Alibaba also ventured into the Cloud industry.

Over the years, cloud computing has seen exponential growth. We will now shed a look at how certain industries will be having Cloud as their future.

With the footfalls of tech giants in the Cloud Computing industry, the number of SMEs moving their workloads to the cloud has significantly increased.

According to the data published by Statista, the revenue of AWS in 2013 was less than 5000 million dollars. Whereas, it increased to a staggering figure of 25.6 million dollars in the year 2018.

With the increase in the number of Managed Service providers (MSPs) in Cloud Computing, the cloud adoption figures have increased further.

As per the study published by Canalys in Palo Alto, Shanghai, Singapore and Reading (UK) on Monday, 5 February 2019, AWS held the largest market share of about 31.7% in 2018.

Also, the following were the overall statistics of market shares of other cloud providers:

Cloud Computing: In the future

“Cloud 2.0” — By 2020, 67% of All Enterprise IT Infrastructure and Software Spending Will Be for Cloud-Based Offerings; the Cloud Will Morph to Become Distributed, Trusted, Intelligent, Industry Focused, and Channel Mediated.”
[Source: IDC]

These are the fields that cannot escape Cloud technology:

Artificial Intelligence has begun showing its impact on corporate functions. However, the true potential of AI is yet underutilized. There is no doubt that AI and cloud computing when used together can work wonders.

As per the survey conducted by Deloitte, the data issues, such as accessing quality data, cleaning data, and training AI systems, was one of the two top obstacles to AI adoption, ranked as a top-three challenge by 38 percent of the surveyed companies.

“ The cloud is democratizing access to AI by giving companies the ability to use it now.”
[Source: Artificial intelligence: From expert-only to everywhere, Deloitte Insights, December 11, 2018.]

As they have quoted in the report,

Most of the developers use their local devices (laptops/desktops) which lack the resources required for training the neural networks on larger datasets. The data is usually very big in size. Thus, it requires a few hours or even days to train a neural network.

In this situation, cloud adoption not only gives quick access to infinite resources and computational power but also provides higher accuracy. The calculation part happens in the cloud.

Machine Vision is an emerging application of Artificial Intelligence which can have high requirements of GPU. Which can be possible only in the cloud.

Amazon Web Services has its own utility for Machine Learning practitioners. As mentioned by AWS:

“You can choose from pre-trained AI services for computer vision, language, recommendations, and forecasting; Amazon SageMaker to quickly build, train and deploy machine learning models at scale; or build custom models with support for all the popular open-source frameworks.”
[Source: Machine Learning on AWS]

According to the definition by Gartner, “Big data is high-volume, high-velocity and/or high-variety information assets that demand cost-effective, innovative forms of information processing that enable enhanced insight, decision making, and process automation.”

As published in the IBM Big Data and Analytics Hub,

Though it is possible for Big data to work fine without a cloud backend, it is ideal to collaborate it with cloud technology.

IoT is another emerging sector powered by Cloud. IoT or Internet of Things represents a huge group of objects that are ‘smart’. These objects are connected with each other through the internet. These devices are meant to collect the data.

Following are some examples of IoT applications:

Every device continuously generates data that is stored on the server-side. The server side is cloud and the connection to the cloud can be through a variety of methods such as cellular, LPWAN, satellite, WiFi, Bluetooth, or directly connected to the internet via ethernet. The processing happens in the cloud.

If we look closer at the examples mentioned above, we will understand that the computing power of all the devices is negligible.

For example, a smartwatch comes with multiple utilities such as calendar collaboration, message/call notifications, and sensors for heart-rate monitoring, pedometer, accelerometer, GPS, sleep tracking, etc. But, a regular smartwatch doesn’t weigh more than a few grams. It is impossible to carry a full load of computing on our wrist. So, the processing happens at the server through the cloud backend and we can fetch the result on our mobile phones.

Mobile cloud computing is another emerging concept that is thought to have an incredible potential of growing further.

As the name suggests, Mobile Cloud Computing (MCC) is an amalgamation of two techniques –

Or, to be more precise,

When we think about why traditional cloud computing became so popular, the first answer that comes to our mind is the computing requirements that we cannot afford to keep buying and storing physically on our premises.

Therefore, achieving the computing power for the execution of an application on Mobile Phones is automatically out of question.

Cloud computing thus provides the platform for development along with computing power and scalable storage.

MCC applications are therefore feature-rich and can be accessed through the internet, generally via the browser. Installation is typically not needed for an MCC application. This facilitates faster development, availability of shared resources and a cost-effective solution.

In the upcoming years, MCC is predicted to shake up the current mobile computing industry.

There are three major aspects that we have to consider.

However, since the Mobile Cloud Computing Applications have to be accessed from the browsers, developers can focus on adding more utilities to their ‘web based application.’

Let’s take an example of the application ‘WhatsApp’. The company announced that “WhatsApp will no longer be supported on Windows Phone after December 31, 2019.”

Some experts believe that the era of cloud has already reached its peak. However, others believe that this is an iceberg. What we see today, is the tip of cloud computing. There is a huge juggernaut that lies below that we are yet to find out.

However, it is for sure, that there is no doubt that cloud computing will be the ruler of the future. 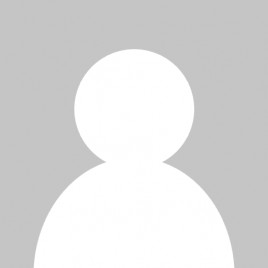 Aamir is a Asst. Product Manager with keen interest in technology and computing. He is responsible to bring fresh product ideas to the table through market research and analysis. Aside from that he also undertakes product training for the sales and support team. He is a pure techie, passionate to find solutions and has rich problem-solving skills.