Cloud Storage Security: How Safe Is Cloud For Your Company Data? 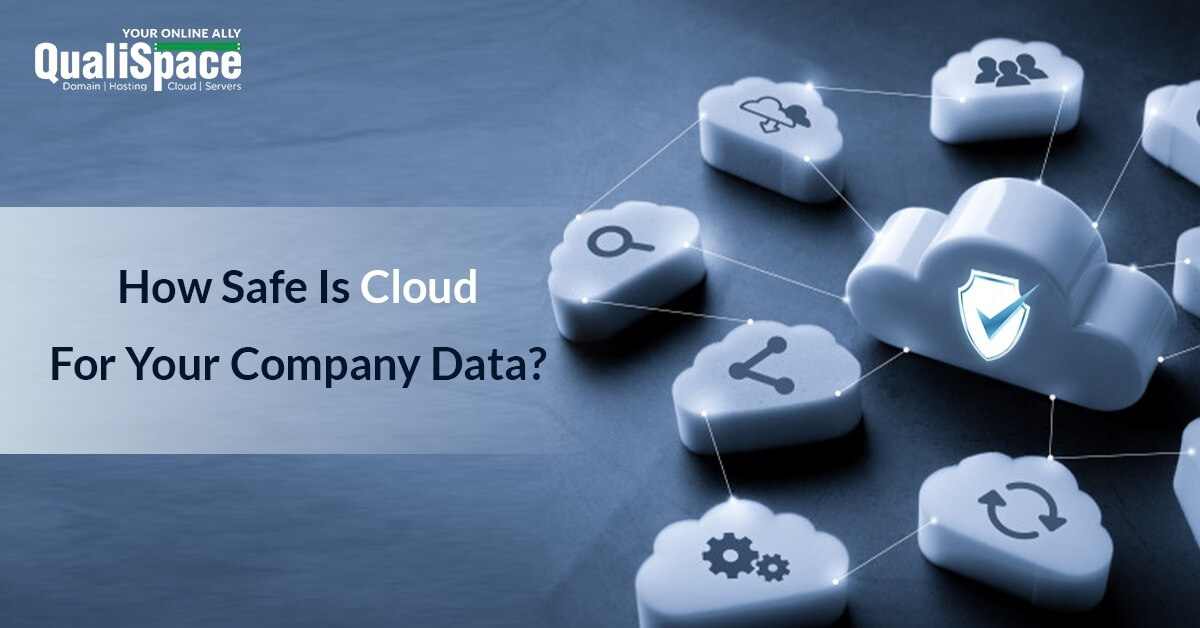 There are so many myths and beliefs about cloud storage security. Some say there is nothing safer than cloud storage. While others are inclined towards playing it safe. Is it really that unsafe? If not, how safe is it actually? Let’s have a look!

Cloud computing is no more an unprecedented nebulous concept but has already become a mainstream technology. Why is it so popular? Well, probably for the numerous benefits that come along with it!

Benefits, such as these:

However, according to the BBC, “Despite the rise of public cloud platforms offered by the likes of Amazon Web Services, Microsoft Azure and Google Cloud, less than 10% of the world’s data is currently stored in the cloud.”

– Fear of losing physical control over the data

– Fear of handing data over in other company’s hands

– Fear of losing the confidentiality of the data

– The gossip about how terribly unsafe the clouds are

So, why is it safe to migrate your company data to the cloud?

According to the ‘Insider Threat Report 2018 presented by CA technologies:

When you are using cloud technologies, you can grant exclusive access to only a limited set of people. Also, you will be able to decide who you want to share the credentials with. Since you have no direct physical control over the data on the cloud, the chances of an insider attack are very slim.

Talking about the sensitive information stored on the premises, there is a limited amount of systems on which it is stored. Also, most of the companies prefer to set up a private IP range for the inside systems. On the other hand, when the data is stored in the cloud, it is not stored in a single place. Rather, it gets stored in a distributive fashion that makes it harder for a hacker to track sensitive information.

Backups are most important in the event of a temporary system failure. If a server is down then the backup server can be made up to keep the system going. The backup of the data has to be taken on a timely basis. It can be a local backup (on the same premises) or can be a remote backup (at another geolocation). Remote backups make your business tolerant of any geolocation-specific disasters such as floods, fires, earthquakes, etc.

When the data is stored in the cloud, it is located in a remote place. If any disaster has to happen at your company location, your data is still safe at the data center somewhere around the world. Further replication increases your business continuity.

Setting up a firewall is costly. Therefore, setting up an advanced, well-designed firewall for thorough cloud storage security would be even more expensive. In such cases, the firewall already set up at the data center becomes a better choice.

DDoS or Distributed Denial of Service attacks cause your system to become unresponsive for some time. Especially for the time-critical industries like finance, e-commerce, etc., companies can incur considerable losses because of the downtime of even a few minutes.

Want to know how abruptly server downtime can impact your well-going business?

Read Server downtime is the most dreaded situation

However, it is very difficult, if not impossible, to set up a full-proof DDoS protection system on the premises. So, leveraging the firewall offered by a cloud service provider is always a better option.

This is perhaps the most concerned churned area when it comes to cloud storage security. This is a technical security benefit offered by SSDs. SSDs (Solid State Drives) use flash memory for data storage. Flash memory is more reliable and efficient than HDDs (Hard Disk Drives). Also, since there are no rotating parts in SSDs, the power consumption and wear-and-tear is lesser as compared to HDDs. This makes your data safer technically.

When you select a managed service provider, you can sit back and let the experts take care of the complexity. You will only be working on your tasks and the MSP will take care of the infrastructure. Here, the chances of data loss due to human error are less.

So, as we saw, the cloud is a really safe place to be. We understand that the privacy and security of your data are very crucial to your business. But, trust us, it is safe!